Karakorum (Kharkhorin) is the ancient capital of the Mongol Empire, founded in 1235 by Ogödei, Genghis Khan's son.

In 1260, Kublai Khan transfers the capital to Beijing. Karakorum was destroyed in 1388 by troops of the Ming Dynasty. Of its former glory remain mere turtle statues guarding the entrances to the city walls.

In 1585, the Erdene Zuu Monastery has been built just outside the walls of the ruins of the ancient capital after the introduction of Buddhism in Mongolia as the state religion. Stones from the ruins of Karakorum were used in the construction.

It is surrounded by a wall with 108 stupas. 108 is a sacred number in Buddhism, and it is also the number of beads in a Buddhist rosary (mala).

Erdene Zuu monastery was damaged in the 1680s, but was rebuilt in the eighteenth century and in 1872.

For centuries, Erdene Zuu Monastery was the most important religious shrine in Mongolia.

In 1939 the communist leader Horloogiyn Choybalsan destroyed the monastery, in a purge that resulted in the disappearance of hundreds of monasteries in Mongolia and killed over ten thousand monks. Three small temples and the outer wall with the stupas remained; the temples became museums in 1947.

After the fall of communism in Mongolia in 1990, the monastery was given to lamas and Erdene Zuu became a place of worship once again.
The site was restored at the end of the century and regained part of its religious aspect. Today Erdene Zuu remains an active Buddhist monastery as well as a museum that is open to tourists. 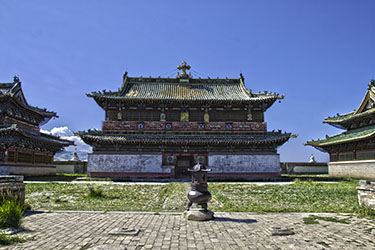 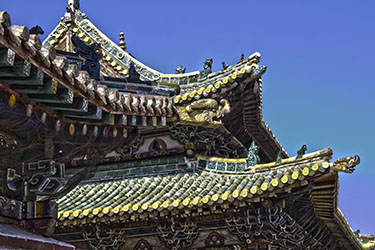 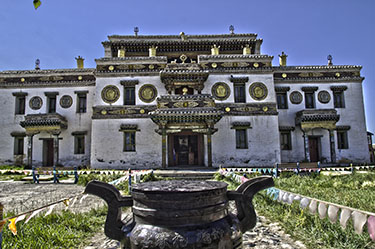 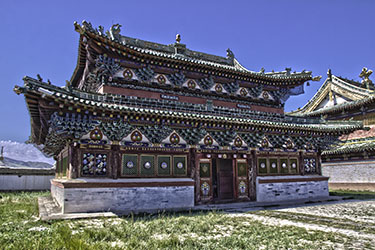 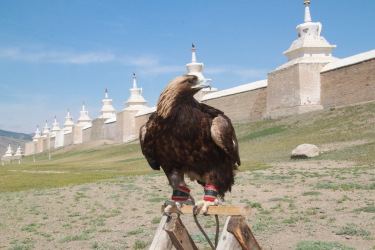