Located in the province of Dundgovi (Central Gobi), the Ongi Monastery was one of the largest ones in Mongolia. Founded in 1660, it consisted of two complex spread over the northern and southern shores of the Ongi river .

In its heyday, it housed nearly 30 temples, four major Buddhist universities, and more than 1000 monks.

In the 30s, the Communist army destroyed the monastery, over 200 monks have been executed and most of the survivors were imprisoned or had to join special forces of repression. Others, who managed to escape, became nomadic herders or workers.

In 1990, after the democratization of Mongolia, three monks returned to the monastery where they had received their religious education over 60 years ago.

A temple and a small museum have been rebuilt. 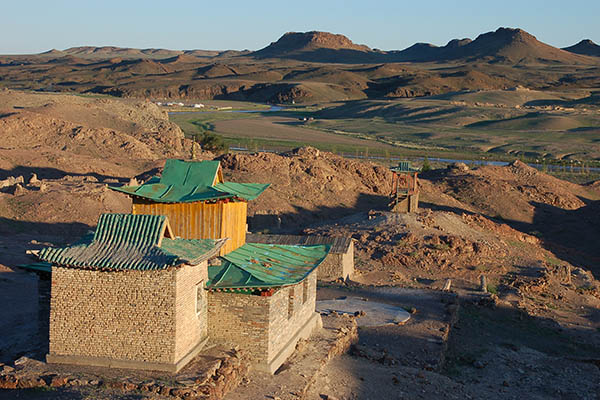